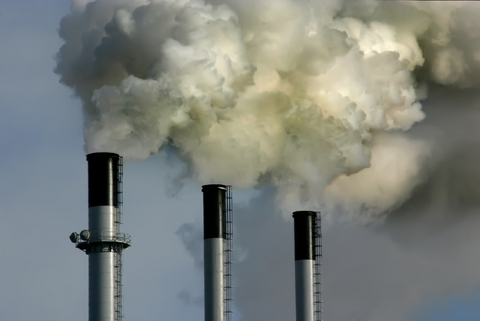 Air pollution where I live is bad to the point that I often have difficulty speaking during the most polluted times. Eyes water, breathing hurts. Children are kept inside rather than going outside for recess. I was part of a group of local citizens who founded a nonprofit organization to find solutions to the problem of dirty air. When my group met with the governor of our state to ask him what could be done, he summed it up: “It comes down to cars and coal.”

Today, my concern is coal. If we are alarmed and scared for our children, what are we to do?

Problems caused by coal power emissions fall into two broad areas: global warming and health effects. Everyone shares the consequences of coal power as the pollutants spread far beyond the sources.

This doesn’t even address the problems on the other end of the cycle, with coal mining and coal ash, where coal destroys people to create power.

A lot of organizations and campaigns focus on carbon emissions with coal already—the global warming issue.

I don’t discount mining or global warming issues in the least, but I am looking at the reality slap of my own family’s health consequences from air pollution, and that results from the emissions of coal power plants and specific pollutants: ground-level ozone, sulfur dioxide (SO2), Nitrogen Oxide (NOx), and Particulate Matter (PM).

Then, connect the problem to the health consequences.

One of the most common health effects of pollution is asthma, but this is only one of the most visible and acute effects. Long-term health issues from air pollution, not just respiratory but pulmonary and neurological, can claim not only the lives of sensitive populations but the IQs of our children.

We have standards to regulate these emissions, but those standards change. American Lung Association watches clean air standards closely because of the respiratory effects of air pollution. On their Clean Air Standards website, you can find the latest news on National Ambient Air Quality Standards (NAAQS), an important tool for limiting air pollution. These standards are in the news this week in the U.S.

Finally, join others and get to work.

The details and the difficulties of cutting off the sources of pollution can feel overwhelming. The problem is not new, though, which means that others are already working hard to make change. Join them in their efforts.

There are clean air alliances and other clean air organizations across North America. Search for “clean air” and your city/state/province to find local organizations. Their missions will vary based on local needs and volunteers skills and experience, but their overall goal is the same: clean the air.

“The Ontario Clean Air Alliance is a coalition of health and environmental organizations, faith communities, unions, utilities, municipalities, corporations and individuals working for cleaner air through a coal phase-out and the shift to a renewable electricity future.”

Clean air organizations work with governments, nonprofits, health professionals, citizen groups, and others to find answers to the all-too prevalent problems of air pollution. The real answers, of course, are to use less power from coal sources and reduce power use overall.

Another thing the governor told me and my clean air colleagues when we met with him was that we need to start by picking the low-hanging fruit. It may not be hanging all that low, but coal is one of the biggest and most obvious polluters, which makes it a clear place to start.

Find out who is working on clean air issues near you and help them.

This post is for the Green Moms Carnival on Coal hosted in February by Retro Housewife Goes Green.