Blog to Inspire entrant The Feminist Breeder is Gina Crosley-Corcoran, a 31-year old married mother of 2 young boys, a 4.0 GPA pre-law student (that means she’s smart, yo), and a women’s rights advocate and activist. 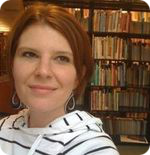 Throughout the entire first year of my second son’s life, I worked 40+ hours per week outside the home. I also continued earning my pre-law undergraduate degree full-time at night. While just those two tasks alone are a lot for one person to handle, I also ran a part-time cake decorating business out of my home when ever I could get orders. I even maintained my volunteer advocacy efforts and wrote for my blog in the (very little) free time I had.

And throughout all of that, I also breastfed my son. Exclusively. My baby made it all the way through that year without a single drop of formula.

Of course, there are people like Hannah Rosin who would say this is impossible. Those like Rosin say that breastfeeding “is a serious time commitment that pretty much guarantees that you will not work in any meaningful way.” I’m sorry, Ms. Rosin, but I beg to differ.

My first son was formula fed. After an unexpected cesarean, and not enough support, breastfeeding proved to be a challenge I just wasn’t up for at the time. I made it four weeks before throwing in the towel. Everyone told me my life would be easier and I would be happier if I quit breastfeeding, and I wanted them to be right.

But they weren’t right. As soon as I stopped breastfeeding, I wished I hadn’t. The more I saw breastfeeding mothers, the more I wanted to be one of them. Formula was messy and expensive. It took time to prepare bottles and clean them after. One time we accidentally left the house without a nipple and I had to listen to my son scream in hunger for a half hour while we located a store to buy another nipple. That wouldn’t have happened if I’d had my baby’s lunch sitting right there on my chest.

So I made a pact with myself; if I had another baby, that baby would never have formula. And I meant it, too.

I had to return to work at 12 weeks postpartum. I had a supportive employer who gave me plenty of time to express my milk at work (which is actually required by law in my state.) At school, I told my professors on the first day of class that I was nursing an infant, and I would need more than the normal break time to pump for him. None of them had a problem with that, especially because I was (am) a committed 4.0 GPA student.

I would be lying if I said any of this was easy. A week after I returned to work, my supply dropped, and I panicked. Over the course of that year, I spent many hours of my life tracking down and trying every lactation aid on the market, along with acupuncture and other stimulation techniques. Sometimes I felt like all I ever did was pump and transport breastmilk. Often times I even had to wake up in the middle of the night to pump if my stash was running low or if my supply needed a boost. And on the hardest days, I thought it would never, ever end.

But I made a promise to myself, and I planned on keeping it. I know the benefits of breastfeeding to both me and my baby, and I knew how elated I would be if I actually made it that whole first year.

And I did make it. My baby’s first birthday came and went, and six months later it almost feels like that year was only a few months long. My son is even still nursing a few times a day.

Of course, I would never advocate anyone taking on as much as I did in that first year unless they absolutely had to (which I did). But many women do have to, or want to work or go to school, and I want mothers to know that with the right support, breastfeeding doesn’t have to stop you from doing anything you want to do. Breastfeeding is a precious gift to give yourself and your baby, and it most certainly will not prevent you from doing anything meaningful. On the contrary, a mother providing breastmilk for her baby is doing something incredibly meaningful. It is a worthwhile cause.

So if anyone ever tries to tell you that you cannot successfully breastfeed your baby after returning to work or school, tell them you know someone who did do it, and lived to tell about it. Let no one determine what you are capable of except you, and trust me, you are probably more capable than you may think.