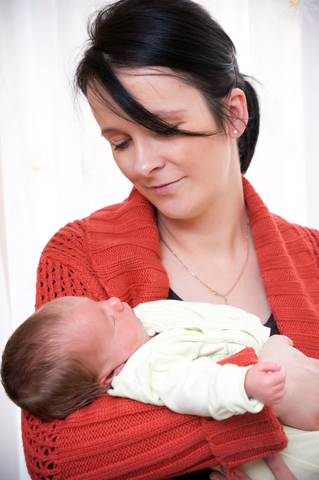 When I became a mother, I knew I was different. I knew I had changed. The first time I said “my son” ten years ago today, since the day before I hadn’t realized I would have a son, I felt a jolt from the oddity of it. The first time I saw my mother nearly 13 years ago after giving birth to my first child, I just wanted to say to her “I’ve changed, but I still want to be your child.” The first time I saw one of my childbirth class friends after both of us had given birth, we had a clear understanding that we knew something we hadn’t known before. Another of our friends was to give birth any day. “Should we tell her?” we asked each other? “No, she’ll find out soon enough.” I remember the conversation, though I’m no longer sure exactly what that secret was. It was just the simple, profound change.

But you know. You have just been through this change. You are a different person than you were a year ago. Welcome a chance to acknowledge this, to mark your change whether you do so on Mother’s Day or some other day.

This Is Not a Happy Greeting Card Holiday

Don’t let the people around you turn your first mother’s day into a greeting card holiday for you. You’ve been through a fundamental transformation, and you should absolutely mark it. Giving you chocolates or flowers or a toaster or breakfast in bed just won’t do, though. You should be getting all of those every day anyway.

The greeting card holiday of Mother’s Day has been commercialized, trivialized, and paternalized. Don’t buy it.

Mark your passage, but make sure that you do so in a way that recognizes the depth of meaning this transformation has for you, especially this first year. Then, on subsequent years, mark the day in a way that shows ongoing respect for the profound role of mother.

From Woman to Mother

I’ve been thinking about this transformation from woman to mother some as I’ve been writing about breastfeeding and babywearing an adopted child to nudge the change. Whether you’ve given birth in the past year or gone through the transformation in some other way, becoming a mother is the biggest change you will go through in your life.

But for all mothers, the transformation happens.

At some point in the past year, you have become a mother.

Take Back Your Own Day

This acknowledgment comes from inside YOU and emanates outward. How should you celebrate mother’s day? You are the one to know.

Many of my friends have a blessingway during their pregnancy as a deeper meaning alternative to a conventional baby shower. A similar kind of ceremony makes sense to me after birth. I opted for a ceremony of this sort—sort of.

The Outing of Women

In the Church of England, where my husband grew up, and in other churches, there is a ceremony called “The Churching of Women.” The main idea is that this is the first time a woman leaves her house after her post-birthing confinement. This ceremony was added to a unified prayer book in the 17th-century, but women were holding their own celebrations for a long time before that. The ceremony was tamed, made a ritual purification, and added to the book in order to shift control from the women. Before the taming of this mother’s outing, the women might first meet at the church, but the next stop was the village public house—and in some places, the party started at the church during the service. It was a hen party. It was a rocking good time. It wasn’t so much a churching as an outing of women.

The focus in this service, ceremony, and celebration was not a child but the mother. This is a rite for women. Frankly, I don’t know that men or children could really understand the transformation. For me, marking my change needed to be woman focused.

During the C of E-hosted not-exactly-church blessing of my first child, I extended the ceremony to take in some of the outing of women. We held a rite to celebrate the child, and we held a rite to celebrate the woman, the mother, ME! The older priest who had been indulging my husband and myself since our not-quite-traditional wedding had not conducted the ceremony since he had been a student. Observance of the ceremony declined in the late 20th century. It may well be that this decline could be correlated with the decline of home birth.

I had a home birth and, though I had not much confinement to speak of, I wanted to mark my passage publicly. That was me.

How do you want to mark your transformation in the past year?

If your husband, friends, or family celebrate the conventional holiday in your honor, you should accept graciously.

Then, don’t hesitate to create the day when you can say, I am a new person. I have become a mother.

One thought on “Your First Mother’s Day”