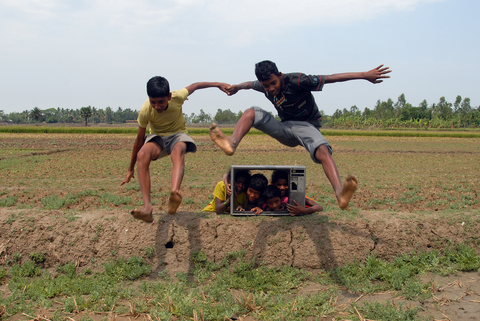 Whether you’ve noticed your kids have too much screen time or you are just trying to avoid that in the future, how do you go about unplugging your children?

Why Worry about Screen Time?

We’re surrounded by symptoms that cause us to worry about kids who are plugged in all of the time to electronics. Childhood obesity is alarming. I don’t know that we can blame screens for obesity, but surely there is some impact when 2- to 5-year old children spend an average of 32 hours a week with the television on. Think about that. If my kids and your kids aren’t watching at all at that age, does that mean there are kids watching 64 hours a week?

I personally find passive consumption of ideas alarming. I want critical thinkers. I’m the mother who pauses documentaries to give long explanations. Even when we do watch television now that my children are older, it’s an active pursuit of ideas. We all have to have our say, and sometimes the conversation overtakes the television, and we ride the waves of ideas. TV can be a starting point rather than the end.

But, my children didn’t watch television much as young children because I wanted to shape their understanding of the world. Frankly, I wanted to avoid the chop-chop-chop editing that interrupts one’s thoughts. It turns out, there is a positive correlation between concentration, which leads to better learning, and taking walks, for example. You don’t get that from passive consumption of television—even the kind on public television that is supposedly good for you. (Sesame Street still has fewer cuts per minute than commercial television, though.)

As parents, we want our kids physically and mentally active. So, we look for a better way to keep them engaged than plugging them in.

What Can You Do About Electronics?

First, a DON’T. Don’t use the television or computer as a babysitter. Turning on cartoons or a video is easy with babies and toddlers, but it creates habits for you and expectations for your children.

So, what is the DO instead?

There is plenty to do. If you know you need helping thinking up activities, buy a book that gives you a list. We have a lot of books that might help, including Playful Parenting, Imagine Childhood (25 projects), and many more on our parenting bookshelf.

Does It Have to Be Negative?

I am reluctant to use the negative. Why call them UNplugged kids or screen-free kids, as if everything has to be in reference to a plug or a screen? Do that, and the plug is there in mind even when you do manage to get the children into nature or exploring with their hands. Why not hands-on kids, on-their-feet kids, or outdoor kids? At bynature.ca we raise Nature Kids!

I do know that forbidding my kids to do something that their friends do freely is a way to encourage them to keep secrets. We don’t do that. So, I found that exposure with my voice in their head was a better approach than exposure with their peers’ voices.

In the end, it just takes making life beyond the screen more interesting, more compelling than the screen. I’m not trying to make that sound easy, either.

I have a fairly new teenager who has gradually put more and more of his alone time into Minecraft, which I don’t mind in moderation, but I worry that he has fewer hand-on activities (“Hey, how about doing a project out of Make Magazine.”) and outdoor activities (“Have you reserved a golf time for this week?”). So, he and I talk about this. He points out to me that he spends hours a day playing piano, saxophone, and drums. He is reading several novels. He uses his computer for online classes and writing. I still think it’s too much time, but I make it a conversation we have, an awareness we share. He told me that he would be happy to do other things if he could find something that interests him.

There is the rub. I can’t force his interest. At his age, parental force is more likely to result in anti-interest. So, I continue to scatter beautiful baubles along his path, hoping he picks them up here and there. I trust that his low-screen diet of the first twelve or so years will have created stronger patterns than the pull of a not-as-bad-as-it-could-have-been video game.

You do what works for your family. Just remember to set the patterns early as an active, engaged family, and trust that your children will find their way toward their own interests in an overwhelmingly plugged-in world.

One thought on “Unplugging Kids”