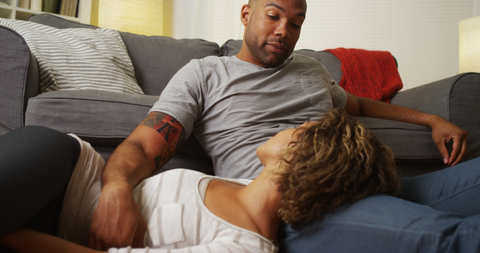 Especially when you have young children and you are building relationships within the family as a whole, it’s easy to forget the relationship that got you there: your relationship with your spouse.

Today is my 20th wedding anniversary. That’s a big deal! It doesn’t seem like it could possibly be that long, but here we are. My husband and I are taking the opportunity to go away alone together for the first time since we had children. I certainly don’t recommend that you wait that long, but we just didn’t have the family backup or the desire to leave them—until now.

We are also asking together what has worked so far and what might improve our relationshihp. When we were about to get married, a friend of mine who had recently been married suggested that we go through a workbook she used with her new husband, just to clarify our expectations to one another. I’m not sure whether it helped, but we had fun doing it. We decided it would be fun to get another workbook and check in on our expectations again.

What Helps a Marriage?

I’ve been sharing videos from the Berkeley Greater Good Science Center from a class I took recently on The Science of Happiness. I found the 13.5-minute video on marriage so helpful that I want to share the whole video with you.

Especially if you are still early in your marriage, taking steps to protect your relationship can help you find happiness together.

What doesn’t work? In the video we learn that researchers (John Gottman & Robert Levenson 2002) studied 75 couples early in their relationships. They asked the couples to sit down to have a 10-minute conversation. Then, they followed these couples for 14 years (now 26 years). They found that four specific behaviors predicted a couple will divorce within a decade.

Consciously choosing the open communication techniques can help you. Watch the Greater Good Science Center video ”Relationships, Marriage, and Happiness” for more about what works and what doesn’t.

After investigating the workbooks and marriage resources I could use with my husband, I found Dr. Sue Johnson. Her Emotionally Focused Couple Therapy (EFT) is based on the same science of attachment theory as attachment parenting. I watched video after video of her speaking about what works for couples, I knew I had found a place to start.

EFT is “[t]he most successful approach to creating loving relationships, endorsed by the American Psychological Association as scientifically proven.” You know I look at the studies. Other therapies have been found to be 35% effective but “Emotionally Focused Couple Therapy, developed by Dr. Sue Johnson, has achieved an astounding 75 percent success rate.” Granted, this is from the dust jacket of her book Hold Me Tight, but I was sold at attachment theory.

My husband and I are reading together Dr Johnson’s Hold Me Tight: Seven Conversations for a Lifetime of Love (2008).

In the mindfulness posts over the past couple of months, I’ve tried to make the point that stopping and noticing, acting in a mindful way in our families and in the rest of our lives, helps us to face and embrace what we have.

To apply that thinking to marriage, I picked up another book: Marcia Naomi Berger’s Marriage Meetings for Lasting Love: 30 Minutes a Week to the Relationship You’ve Always Wanted (2014). A simple time investment following a few simple rules (including basic nonviolent communication) can bring you both to a place of awareness and common understanding.

I’m not far enough through either book to offer a review yet, but I will share what I find.

In the meantime, I will be celebrating twenty years with the kindest person I know, my husband Marc.