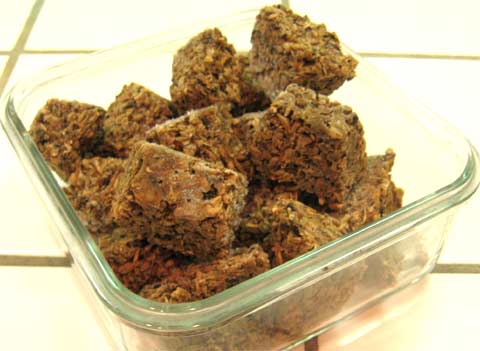 Do you ever just need a small amount of some ingredient that takes a long time to make (like homemade broth) or that you get in larger amounts than you can use before it spoils (like the annual zucchini harvest)? No problem. Make it now and freeze it in small portions so you can easily add a tablespoon here or a cup there when you are cooking later. You’re still cooking from scratch without doing all of the cooking at the same time.

What ingredients do you use for a lot of dishes? Stock, puree, and shredded vegetables freeze well. In my family, we save finished chickens and turkeys in our freezer until we have enough for our largest stock pot. Then, we make amazingly intense and tasty reduced stock in cubes for use in a lot of the other foods we make. We don’t need to buy those dried granules or cans of stock because our freezer is well stocked.

Growing up, there were a few weeks in late summer when it was just inevitable that everyone in the neighborhood would find giant zucchini on their doorstep. it was an adult version of the game “Dink Dong Ditch.” Everyone grew it, and no one could use it all. It was the local joke, but we really did reach our limits very quickly. When those overwhelming weeks of giant zucchini come along next summer, just shred them raw into 1-cup portions and freeze. The frozen texture doesn’t make a lot of difference for baking zucchini bread, cookies, or sauces.

Freeze in amounts appropriate for the particular ingredient. I freeze in an ice cube tray then transfer to my regular freezer containers. If you freeze in cubes, you can drop multiple different vegetable puree cubes into sauce for spaghetti or lasagna, and no child need ever know how many vegetables they are eating. Cubes are perfect for smoothies, baby food, or toddler snacks.

Start Small. Try a small amount at first. You might not like the taste or texture of certain foods when they have been frozen. If you freeze a gallon of banana mush only to find that you don’t like the texture of frozen banana mush, you’re just stuck. I have never managed to freeze strawberries in a way that they were the least bit appealing to me afterward. Just go slowly since your tastes for frozen foods might not match your tastes for fresh foods.

Buy in Bulk. Once you know you do like an ingredient, you might be able to save money when you buy it in bulk. Any food that you love, that freezes well, and that you can also get less expensive in bulk is a perfect candidate for freezing. 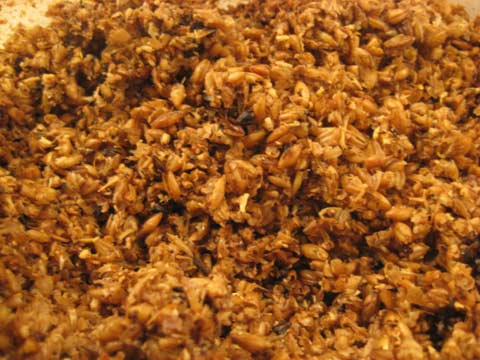 My husband has been making his own beer for the past year. Every few weeks, he ends up with a giant bag of spent grain. The grain is still usable and it smells nice (usually), but I don’t have any recipes that call for 50 cups of wet grain. The first few times, I just couldn’t let him discard any grain. I made granola. It turns out that the spent grain is really not the best primary ingredient in anything. After a couple of bowls of that granola, I was finished. As I’ve tried various recipes, I’ve learned that a small amount of spent grain adds a nice chewy texture to cookies and bread, but I never need more than a cup at a time.

Most spent grain recipes (yes, surprise! There are many great collections of spent grain recipes) recommend drying the grain, and I have done that. I’ve also frozen a lot in cubes. Now, when I know I’ll be making any recipe that will work well with rough, chewy grain, I get out a few frozen cubes to thaw in advance.

There is no chance I will ever be able to use all of the spent grain, so a lot of it goes to feed the deer—to encourage them not to snack on my bushes. But, I am really glad that I’ve finally figured out how to use a lot of the grain in recipes that are improved by it. Freezing is a perfect way for me to keep it moist and fresh until I need it. Now that I have a mostly empty chest freezer, I have room to freeze as much grain as I can use.

Look at the way your family eats, and figure out what you need only in small amounts. It’s a big time and money saver to freeze ingredients that you can use in cooking later. 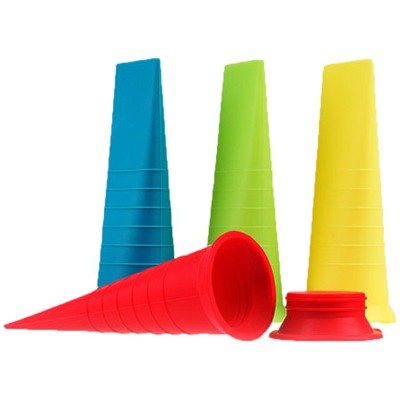 My children like ice. Frozen pops. Ice in drinks. Ice in bags. Re-freezable bags of rice or goo. Ice straight on hot cheeks. Are other children like this? They spend all summer looking through the freezer for something cold.

Finally tonight, after snow and hail and cold last week, it feels like summer. Spring must have been over the weekend. Tonight as I write, the golden sunset is streaming in while the children play outside with the neighbors, the dog is running in circles with her best canine girlfriend, and everyone is asking for popsicles. The popsicle request tells me it is summer.

How do I satisfy this request without buying high-fructose corn pops on a throwaway stick?

Freeze your own popsicles, and you can make them nutritious and delicious. We freeze anything.

Keep your children cool this summer by filling up reusable pop molds. Juice, yogurt, and berries are our favorites, and we make homemade ice cream for holidays and special occasions. 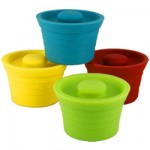 This is the most frequently frozen mold of the summer. Perfect for frozen juice pops.

The shape of the the Kinderville frozen pop mold makes it easy to push popsicles to the top without any need for a stick. Toxin-free silicone is naturally bacteria resistant and safe for freezer, refrigerator, microwave, and dishwasher.

These jars are BPA, phthalate, and lead free. 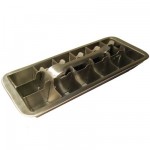 A constant. Ice in every drink is a must.

These old-fashioned trays are so easy to use. If you freeze baby food—pureed veggies or fruit are nice—you can keep your baby or toddler cool and well fed. Plastic free.