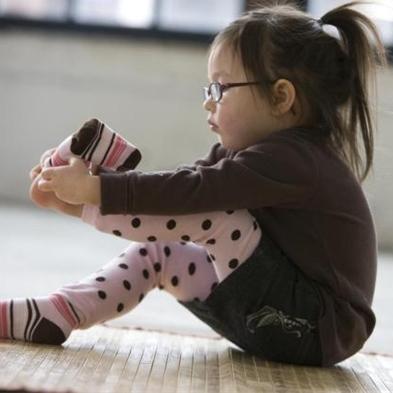 The trend I’m seeing in baby clothes, not necessarily a trend of this year alone but definitely reaching a peak, is leg warmers. Baby leg warmers started out simply, and now there is an explosion of colors, patterns, and styles. BabyLegs can cover every member of the family for a variety of purposes, and Baby Spats are made to cover a baby or toddlers ankles during cold, Canadian winters. 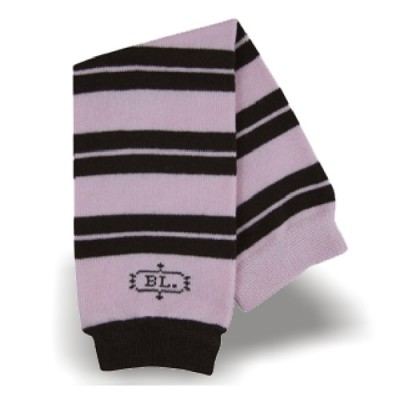 BabyLegs were created by a mother who needed to find a way to let her baby’s diaper rash heal with fresh air but still keep her legs warm. She needed a cover for her daughter’s legs, so she cut the toes off a pair of socks and her daughter began wearing leg warmers.

BabyLegs give great protection as babies crawl and leg warmth when you don’t want to cover them bottom to toes in one piece. Using BabyLegs means diaper changes are not so cold, since the baby’s legs stay warm. For bigger kids, BabyLegs are fashionable as well as warm. No more cold knees under shorts or dresses.

During the winter, BabyLegs make an ideal warm layer under pants since they don’t add more bulk on feet and bottom.

So easy to use for the whole family!

Origin: Made in China under fair working conditions by a U.S. company
Age: newborn to preteen for legs, up to adults for arms
Materials: cotton/polyester blends with spandex for stretch. Original is 80% Cotton, 15% Polyester, 5% Spandex; Organic is 80% Organic Cotton, 12% Nylon, 8% Spandex; and Cool! is 80% Cotton, 15% Polyester, 5% Spandex.
Available: Original and Organic BabyLegs in stock now 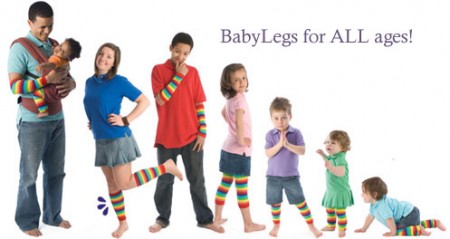 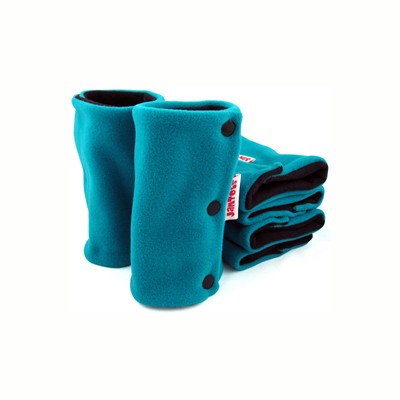 Baby Spats are made with stretchy microfleece that snaps over legs so you don’t have to take boots on and off just to cover legs. Very convenient, very warm. You’ll love these for cold winters. 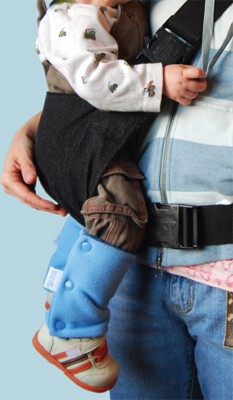 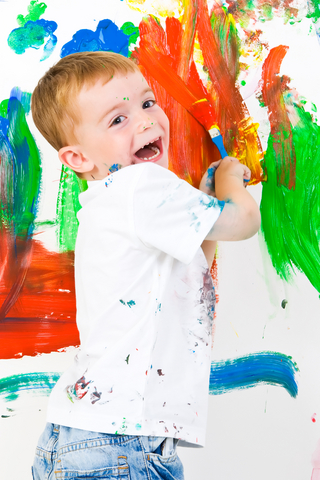 Yesterday, I read Blog to Inspire entrant Jill Amery’s great ideas for low-cost or no-cost not-quite-structured play. It takes such a light parenting touch like this to balance the child’s desire for guidance with their need to explore their own ideas.

During the summer, my kids spend a lot of time outside. There is really very little need for me to be involved to nudge them toward activity at all because they have created their own elaborate structure (a media empire with various programs and activities—definitely worth describing in detail). Now that we have our months-long blanket of snow, they still go outside, but they are spending more time indoors because it’s so cold.

Inside we have a lot of board games and puzzle games. My son likes to work through the projects with his electronic snap board (a kids’ intro to DIY electronics), and he’s been inventing a lot of Rube Goldberg machines on paper. My daughter is knitting, and she does clay sculpting. They have a lot of unstructured space to create. Sometimes, though, I see them itching to find something to get their hands on, but they aren’t sure what to do.

Rather than organize the activities myself, I like to scatter interesting possibilities around and see what they pick up for themselves.

After we had checked them out of the library several times, I finally bought The Dangerous Book for Boys and The Daring Book for Girls. Both books have a lot of different kinds of activities, ideas, and projects. These have been the I’m-bored go-to books for a while.

Over the past couple of years, I’ve picked up the magazine ReadyMade several times and found myself reading every word. So, it’s one of the few magazines I subscribe to now. I share some of the projects with my kids, but they are less interested in home improvement than I might hope. I also read Artigianati online and sometimes find projects to share with the family, but these both are more my speed than the rest of the family’s. I particularly like Artigianati because it isn’t just about crafts and filling shelves with the stuff of some restless creativity. It is about how people apply their skills through creativity. They cheer a kind of creativity I can feel good about.

So, I looked around for kid-friendly project ideas. I like LooLeDo.com. I’ve been following them since the site went live a couple of months ago. It is based on the Look, Learn & Do books. They have crafts and science projects that are appropriate for younger children.

I have a couple of older explorer children, though. So, my big plan has been a subscription to Make. This is backyard engineering that is part hacker, part Radio Shacker, part steam punk, usually useful, and mostly crazy. We first met Make through Make TV. Anything that can move kids away from just “that’s cool” to “how can I do that” or, better yet, “how can I make my own ideas work in the real world” is fine by me. We still watch those cool shows about DIY engineering, like Planet Mechanics, but now that I’m building up a stack of Make zines that I can leave in strategic places, I see more of the active spark. Since a new issue arrived this week, my son has been contemplating how to get the materials to make a traditional cigar box guitar to play in his neighborhood garage band. Next step: go to Maker Faire.

I’ve invested in some of these ideas, but most of them can be accessed online. Projects that get finished in our house tend to be internally driven, so I would suggest that you perhaps help children gain skills in a structured way but step back often enough that they can explore their questions and ideas through those skills.

Winter has always been the time when people sit down to fix, repair, write, tell stories, and pull it all together before the year and the door open up again.

Today is day #18 of my new Save Green Habit: run the stairs every day.

I keep wondering how much there is to say about running up and down stairs. Answer: not much. But, the point was to ask whether I could integrate this easy, low-tech, low-cost fitness routine into every day. Yes, it works. It takes more discipline than I want to have, but I just do it.